Get Your Pet a Treat!

The Gene Factor in Body Weight: 5 ways to work around it to get the body you desire

Nothing sounds more melodious in the ears of a new mother than the cry of her newly delivered baby. This cry also never fails to alert the anxious father to one thing: a new heritage has begun, another family tree line drawn. What usually follows is pretty customary; the excited ‘ooohh’s  and ‘ahh’s, followed by ‘Goodness! she’s got my stout nose, dear’ or ‘Oh my! She’s got your chubby cheeks.’

Sadly predictable is the fact that this bundle of joy, more often than not, grows up to swell the number of health cases that reveal a common malady in this present day society: a sharp rise in obesity; a rise so steep there is no sign of an imminent plateau. Much less a decline.

But before you crucify the common culprit, a conglomeration of almost everything sugar known as junk food, let’s take a moment to consider a not-too-obvious culprit: your genes.

This is a process of an interplay of dominance and recessiveness of genes, showing traits or qualities that mark you as your father’s daughter, or your momma’s boy. A process that makes certain whose son or daughter you are, or whose family you are from, from a single glance. So if any of your old folks are overweight, say, a loving father or mother, a patient grandpa, a funny uncle, or a homely aunt, you would do well to plan for some fashionable roomy wears in the near future.

So which genes are responsible for obesity?

Research has shown that there are some genes in your body that predispose you to obesity. While these genes are not actually responsible for your obesity, they have, however, been linked to your appetite levels, metabolism, glucose absorption, etc. They include‌:

Also known as Ankyrin-2, Ankyrin-B has been found to work as an anchor. But instead of acting as a dead weight that tethers ships to the sea surface like a normal sea anchor would, this ‘biological anchor’ tethers some rather important proteins to the inside of a cell membrane in your body. Which is all good news, until a loss or a mutation in this gene upsets the dynamics of Glut4, a protein that allows glucose to enter fat cells.

This FTO gene, known as Fat Mass and Obesity-Associated Protein gene, has been most strongly linked to obesity, and it comes in two forms: a high obesity-risk variant and a Low-obesity risk variant. Every individual inherits two copies of this gene from his parents, one from each parent; regardless of what variant is inherited. But when you inherit two high obesity-risk variant gene from your parents, your risk of obesity shoots skyward at about 70%

Melanocortin 4 receptor gene, MC4R for short, is the go-to gene when there’s a need for energy balance and weight control. But how does this important gene work?

The MC4R gene codes for a protein produced in the hypothalamus area of the brain called Melanocortin 4 receptor. When energy levels are high in the body, neurons are activated by ‘Satiety’ signals through Melanocortin 4 receptor to alert the body of its fullness. A reverse is the case when there’s a low energy level in the body: neurons are activated by ‘Hunger signals’. Problem arises from variations or mutations in the MC4R gene, which can lead to severe childhood obesity.

Panx 1, Pannexin 1, is a gene that regulates fat accumulation. Any mutation of this Panx 1 gene which results in variants of the gene that work less effectively ultimately makes you prone to obesity through the accumulation of more fat.

Iroquois homeobox gene 3, IRX3 for short, is a gene whose influence is felt both in and outside of the brain through a protein. This protein regulates other genes in body cells; fat cells. Moreso, it is a strange fact that the IRX3 gene is ‌codependent on the FTO gene, in that, the switches for the expression of the IRX3 gene are actually found in the FTO gene. Research shows that reduced activity of the IRX3 gene intensifies obesity due to a higher caloric intake and reduced energy expenditure.

With odds stacked high gene-wise, should you kiss your weight goal goodbye?

Not necessarily. You need to understand two vital facts:

Which brings us to the one million dollar question: if you inherited genes that predispose you to obesity, what can you do to shed off that extra weight in order to have that body appearance you’ve always envisioned? It’s simple, really. You can leave the gene factor, which you cannot control, and focus on the factor you can control: environmental influences.

Make home-cooked meals your new goal. When you cook your meals, you’re in control of the ingredients used in creating that delicacy from start to finish. After cooking, you can be rest assured that what you are eating is fresh, well-cooked, and‌ still retaining the nutrients which nature has bestowed in the food in its raw form. Is that really important?

Yes, because convenience foods, or junk foods, are ridiculously laden with chemical additives, salt, sugar, and calories that negatively affect your weight. And what’s more, you can control the quantity of food you eat. Now how is that for motivation?

You can also get creative by making smoothies from your fruits. If that’s too much trouble, there are healthy, 100% natural smoothies with different variants out there on sale in grocery stores. We’re sure you’ll find just the right variant that pleases you. The goal here is to get as much of the nutrients in these fruits as possible so that they can work together with your meals to help you manage your weight.

Don’t be a couch potato. Couch potato? Well, that’s you, in a sedentary position for a long time, usually on a couch, in front of the TV. Sedentary life almost always leads to obesity, which is no surprise that both are associated with cardiovascular diseases in females.

Exercise as much as you can! This cannot be overemphasized. Daily brisk walk of at least 30 minutes will do your body a lot of good. Throw in a couple of runs every week, and you are well on your way to shedding off unwanted weight. This works well with your balanced diet and nutrition to give you a healthy figure.

Sleep well. Because your body weight depends on it. How? Research has revealed that folks who are sleep-deprived usually have an increased urge for food intake. What’s more, they also show a preference for high carbohydrate and fatty foods, which increases calorie intake, a tendency that may lead to obesity if left unchecked.

Sometimes, our inherited genes may stand in the way of our weight goals, but with a careful handle on what we eat, and how we live, we can still achieve our weight goals and most definitely live a healthy life. 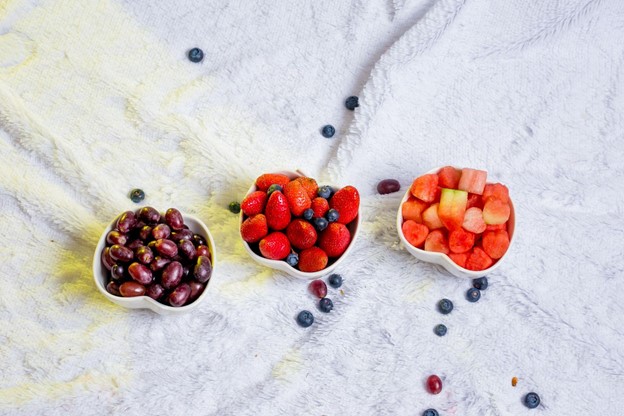 How Much Fruit You Need To Be Eating Daily 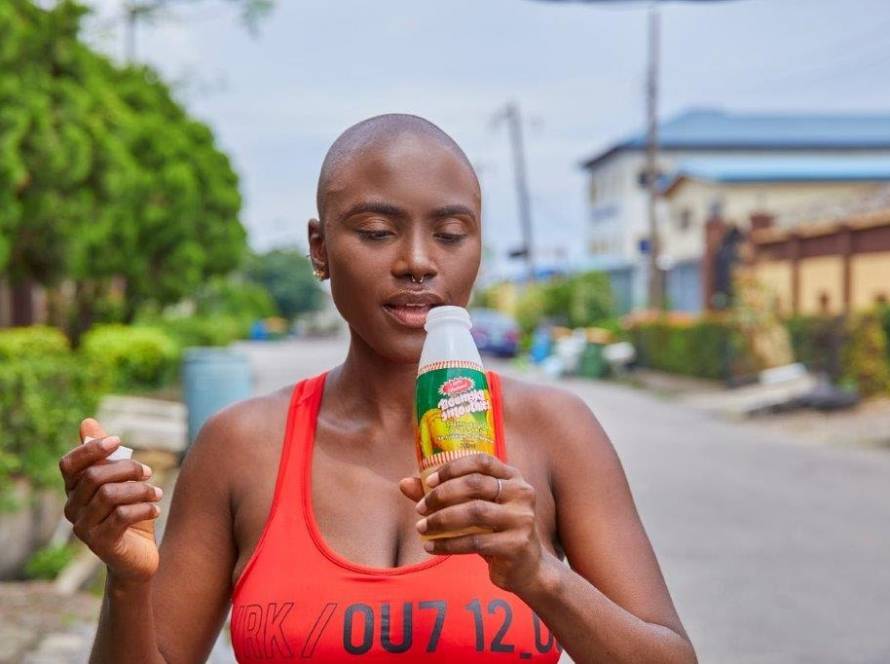 How to keep your heart in good condition